There are currently 3 countries with Green White national flag. Flags in the world have feature green and white which are Pakistan, Nigeria, and Saudi Arabia. The color may come in different variations and designs and also represents the culture, heritage, and religious significance of each individual country.

What does the Green and White Flag Mean and Symbolizes

In many countries, the color Green on the national Flag symbolizes and represents a country’s natural wealth and prosperity, green can also represent the Muslim majority in an Islamic dominated country such as Pakistan and Saudi Arabia. The white color stands for peace and unity of a nation.

There are currently 3 countries with green and white color flag.

The national flag of Pakistan was adopted on 11 August 1947. It features a flag design of a white star and crescent on a dark green color background, with a vertical white stripe at the hoist.

What does the Pakistan flag mean and represents?

What does the Nigerian flag mean and represents?

The national flag of Saudi Arabia has been in use since 15 March 1973. It features a design of green color with a white Arabic inscription and a sword.

What does the Saudi Arabia flag mean and represents?

It has two colors- white and green. The green color is a representation of Islam and is also believed to be the favorite color of Prophet Muhammad. The white sword represents justice and the strength and power of Saudi Arabia. Read More about the Saudi Arabian Flag here 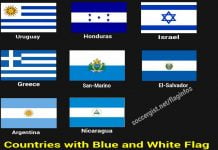 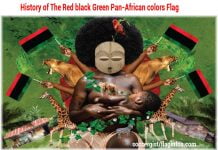 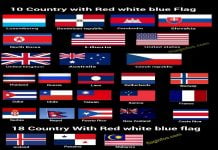 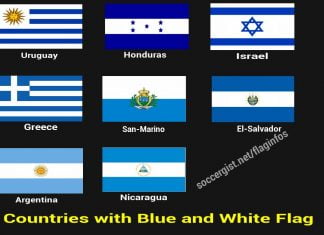 List of Cheapest Site to Purchase Bitcoin in year 2020 at...

Abbey - May 25, 2020 0
Buying your first Bitcoins from a website can be a confusing experience. There are a lot of different sites to buy Bitcoin. All these...

ABOUT US
Flaginfos.com provides information and reviews of country flags and continents. We also focus on the importance of Fundraising, Giving, donation, humanity, payment system, history, banks, and Charity.
Contact us: banjicom5real@gmail.com
FOLLOW US
© Flaginfos All Rights Reserved!!
Go to mobile version