Many personalities and athletes have invested in cryptocurrency and Bitcoin such as Xavier Niel, Gwyneth Paltrow, Serena Williams, Mike Tyson, the twin brothers Winklevoss, Snoop Dogg, or even Ashton Kutcher. In 2018, Nabilla was also singing the praises of Bitcoin on Twitter and urging her followers to invest. There’s a list of celebrities who have invested in these virtual currencies.

CRYPTO CURRENCY: WHO ARE THESE POPULAR CELEBRITIES WHO ARE STILL INVESTING IN THE YEAR 2020?

Since 2017, Gwyneth Paltrow has been involved as an advisor to Abra ICO, a project that aims to offer a wide range of services to facilitate access to crypto currencies.

In 2018, she posted on her personal Twitter account a question-and-answer session with “Bill Barhydt,” the founder of the cryptocurrency app’s Abra from Goop website. The American actress has now been using this resource for almost 10 years and she is participating in the development of the site.

Born in Los Angeles in 1972, Gwyneth Paltrow is an American singer and actress. Influential, but also highly criticized, Gwyneth Paltrow has a series of successful films such as “Duets for a day”, “An infinite love”, “Extra-large love” or “Shakespeare in Love” for which she got an Oscar for best actress as well as the Golden Globe in 1999. In 2013, Gwyneth Paltrow was voted “Most Beautiful Woman in the World” by People magazine.

Serena Williams claimed to have founded a venture capital firm in 2014, which has invested in several companies including the California crypto-exchange “Coinbase”. In this regard, she explains, “I started Serena Ventures with the mission of providing opportunities for founders in many sectors.

Serena Ventures invests in companies that combine diverse leadership, individual empowerment and creativity ”. The official Serena Ventures website claims that its portfolio includes 30 companies, with a market capitalization of $ 12 billion. Some say that the choice of Coinbase is not a surprise for Serena Williams since she is married to Alexis Ohanian who had also invested in Coinbase in its early days.

Real name “Calvin Cordozar Broadus, Jr”, Snoop Dogg is an American rapper and producer. Snoop Doog will become famous thanks to his voice described as “lazy and nonchalant”. His first album “Doggstyle” was released in 1993 under the Records label. In one week, it sold almost 4 million copies. He was certified quadruple platinum in 1994, then double platinum in 1997 thanks to the album “Tha Doggfather”. From 1994, he also play in films and series, most often playing his own character. In 2018, he got the famous star on the Hollywood Boulevard Walk of Fame.

On April 26, 2018, Snoop Dogg participates in an evening organized by Ripple, related to the world of cryptocurrencies. In January 2018, he was one of those who actually promoted the Robinhood trading platform. Snoop Dogg’s first interests date back to 2013. He then tweeted with a humorous tone “My next album will be available in Bitcoins and delivered by drone”.

Mike Tyson is an American boxer born in Brooklyn (New York) who made his professional debut on March 6, 1985. He would become a heavyweight boxing champion at the age of 20. Nicknamed “Iron Mike”, Mike Tyson obtained the WBC (World Boxing Council) title in 1986, the WBA (World Boxing Association) title in March 1987, as well as the IBF (International Boxing Federation) title in 1987, thus becoming world champion. Undisputed heavyweight. Deeply marked by boxing and his universe, the champion will definitively withdraw from competition in June 2005, at the age of 39, after having encountered 2 defeats, namely against Danny Williams and Kevin McBride.

In 2019, Mike Tyson puts the spotlight on the blockchain platform that aims to support the new generation of boxers. His project called “Fight to Fame” also comes with its own crypto currency. The latter allows fans to be able to remunerate the content creators as well as the boxers of the platform. Founder of the “Fight to Fame” project, Mike Tyson works alongside Farzam Kamalabadi, 2-time Emmy Award winner, and Stan Larimer, an expert in blockchain technology.

American actor and producer, Ashton Kutcher was born in 1978 in the state of Iowa. He became famous for his role as “Michael Kelso” in the television series “That ’70s Show”, which aired in the early 2000s. Ashton Kutcher rose to fame by playing in big romantic comedies like “Valentine’s Day “,” 7 years of seduction “or even” For the best and for laughter “. He also embark on the production of TV show in 2003.

In early 2020, the attractive American actor invests in the “Lolli” project, created 2 years earlier. The latter is an e-commerce business that gives out Bitcoin rewards when you shop online. Ashton Kutcher, who admits to being a Bitcoin fan since 2013, also invested through Sound Ventures, his venture capital firm. In the “Lolli” project, Ashton Kutcher has teamed up with famous Youtuber beauty Michelle Phan. To date, the Lolli company has raised $ 5.4 million, making it a major player in the cryptocurrency world.

Chairman and CEO of the operator Free, Xavier Niel is a businessman who really emerged after launching his ISP project in 1999.
In 2011, with a then estimated capital of 3.7 billion, Xavier Niel is ranked 8 th in the ranking of the richest men in the country by Forbes magazine. Today, his fortune is estimated at around 5 billion dollars.

The Winklevoss twin brothers: key figures in the world of cryptocurrency

Released in 2010, the movie “Social Network” revealed the existence of the Winklevoss twins, brothers who would have participated in the development of the social network Facebook but was betrayed by Mark Zuckerberg. Following the lawsuit against the latter, the twin brothers Winklevoss won their case and pocketed $ 65 million.

Today, the Winklevoss twin brothers have become key figures in the crypto world. Indeed, in March 2013, they invested $ 11 million in the most famous crypto currency, Bitcoin. At the time of this investment, a Bitcoin was trading around $ 120. It is now worth nearly 12,000… The Winklevoss brothers believe “that the capitalization of virtual currency may exceed the combined capitalization of large payment companies such as Visa, American Express, Western Union or even MasterCard”. In 2014, the twin brothers launched “Gemini”, a platform for exchanging virtual currencies, a platform that would be impervious to cyberattacks. 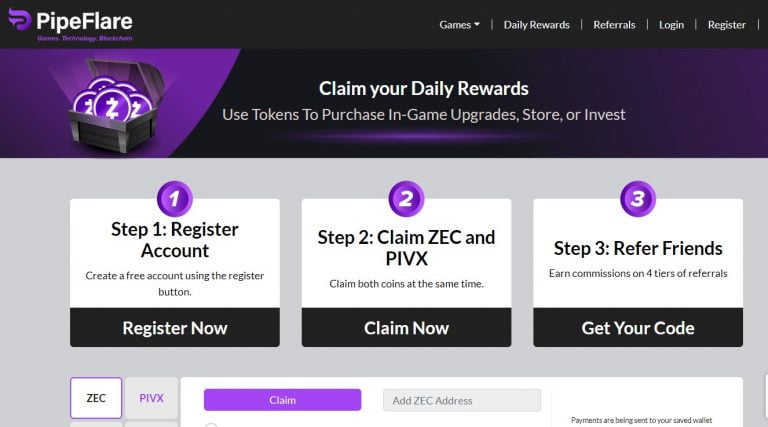 With PipeFlare Faucet platform you can earn cryptocurrencies for free. Members can win ZCash (ZEC), Dash (DASH), and PIVX (PIVX). These cryptocurrencies are positioned among the 320 best and with the highest market capitalization according to data from the Coinmarketcap portal. How useful was this post? Click on a star to rate it! Submit Rating… 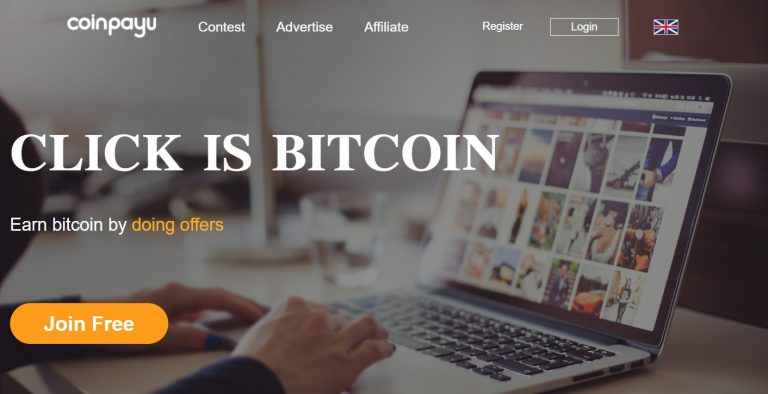 CoinPayU Review How it works, Payment, FAQ, and Personal opinion. CoinPayU is a platform launched at the beginning of 2019 and to this day, it continues to work really well. Its growth is being really fast. It currently has more than 43,349 weekly active users, a figure that continues to increase week after week. How… 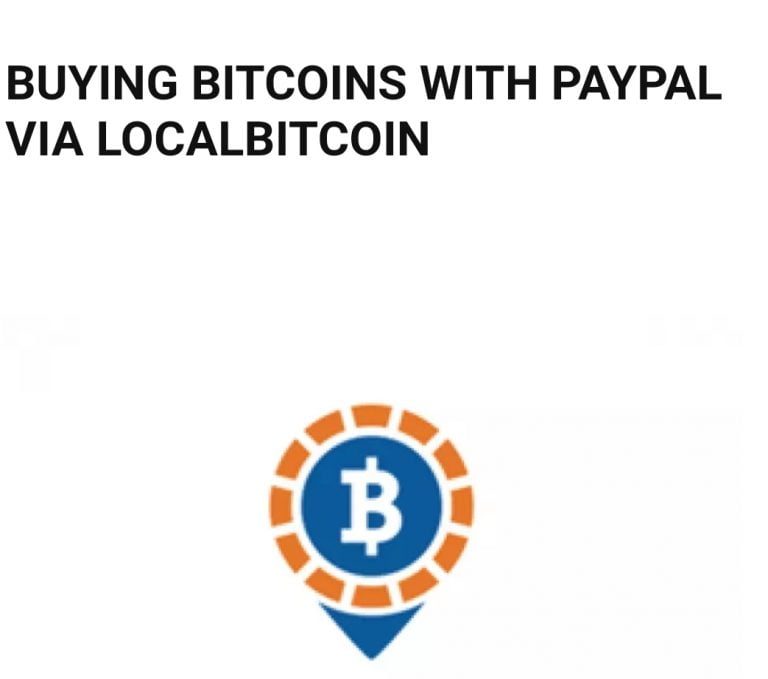 LocalBitcoin is another marketplace where users can trade Bitcoin using Paypal. It is one of the fastest ways to buy bitcoin these days. How useful was this post? Click on a star to rate it! Submit Rating Average rating 0 / 5. Vote count: 0 No votes so far! Be the first to rate this post. We… 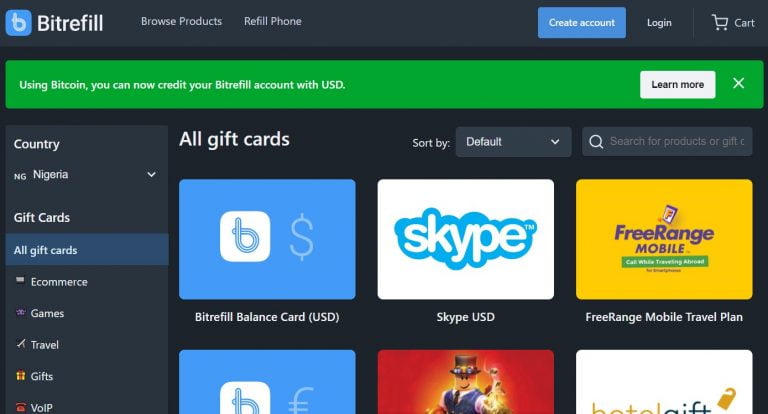 With Bitrefill you can buy gift cards using your cryptocurrencies. You can also use your cryptocurrencies to recharge your cellphone balance and buy airtime/recharge cards. How useful was this post? Click on a star to rate it! Submit Rating Average rating 5 / 5. Vote count: 1 No votes so far! Be the first to… 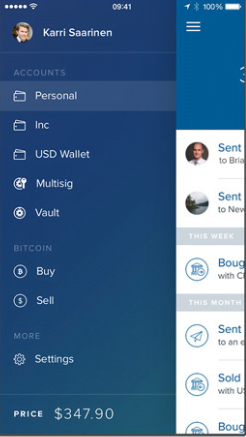 Buying bitcoin in 2019 is much easier now than in the past and, although many people still buy from their PC, more and more people do it from their phone. I have some experience when it comes to trading and buying of crypto currencies, most especially Bitcoin and other altcoins which is very simple….

Free Bitcoin Cash App is one of the best applications out there to earn fractions of Bitcoin Cash for free. It allows to make claims every hour. Valid for Android devices. If you want to know more, keep reading. How useful was this post? Click on a star to rate it! Submit Rating Average rating…